Am I too tall for Disneyland or Disney World?

With our little kids, we are always measuring and checking to see if they are tall enough to ride some of the big rides like Space Mountain. If you are looking for the minimum height requirements check out these guides I made for Disneyland and Disney World. However, the question we are answering today is “Is it possible to be too tall for the rides at Disneyland or Disneyworld ?” The short answer is, NO! Both Disneyland Resort and Walt Disney World have no official upper height limits for any of their rides.

A few weeks ago, one of my blog readers commented, “Is there a height restriction at all? Within the next year, I’m going with my family but my boyfriend who has never been to any Disney park is coming with us to Disney World and he is 6’7”/6’8”! Could he even ride space mountain? I’m just concerned he’s too tall for a few things like that and Sorin’! I don’t know where to look or who to ask!” I decided to do my own research so I could answer this reader’s question. I have a large Instagram following with hundreds of cast members who chimed in with their knowledge.

Disney has NO official restrictions

Although there are minimum height requirements for some rides at Disney Parks, Disney has no official rules or restrictions limiting guests that are “too tall” from riding any of the rides at Disneyland Resort in California or Disneyworld Resort in Florida! As long as the safety restraints can click in place, you will be able to ride all of the rides. I have heard that other theme parks like six flags do have upper height restrictions on some rides.

This question seems to get asked occasionally to the Disney Parks Mom Panel and this is their most recent answer:

According to Disney World Website, some of the attractions that are intended for kids at the water parks do have an upper height limit. Just like the Mc Donald’s playground isn’t really designed for adults.

Some rides may not be comfortable

If you are taller than 6′ most of the rides especially in fantasyland are not going to be super comfortable to ride because of the limited legroom. I mean, I am only 5′ 9″ and find myself having to twist and angle my legs to try and fit sometimes. However, being uncomfortable for a minute or two is totally worth it because the rides in Fantasyland are magical. Rides that have been mentioned to be uncomfortable for taller riders include everything in Fantasyland(Dumbo, It’s A Small World, Snow White, and Pinocchio), Goofy’s Sky School, Space Mountain, Matterhorn, and Flight of Passage.

If Lebron James can fit, you can too

You know what happens when an NFL team wins the Superbowl right? They go to Disney World of course! Football players aren’t the only celebrities known to visit Disney Parks though. It is very common to see basketball players from the NBA at Disney Parks. If you have ever seen a player from the NBA you know that usually, they are VERY TALL! As you can see in the screenshot above, a former cast member said that Lebron James was able to ride all of the rides including the Incredicoaster. For reference, Lebron James is 6′ 9″ tall. Someone also said they have a picture of Kobe Bryant who is 6′ 6″ on the Matterhorn.

Space Mountain, Matterhorn, and Incredicoaster have more room in the front row so cast members will usually try to seat the tallest member of your party in those front rows of the ride vehicles. On Rockin Roller Coaster the odd number rows are best for tall riders. A cast member did mention that some ride vehicles even have more space in the back row although I am unsure which rides those are.

Watch your head on Space Mountain

I am just kidding! Although, I am not super tall and I’m still scared my head might hit on Space Mountain. Don’t worry though, multiple cast members have confirmed that even though they seem super low, there is nothing to worry about. Disney is VERY focused on safety and they would not risk any sort of situation like this. I would still recommend you follow the safety guidelines and not put your hands up or to the side of the ride vehicle.

In conclusion, based on all of the responses I received from Cast Members and park guests from their personal experiences if you are 6′ 9″ or under you shouldn’t have a problem getting on any of the rides at Disneyland or Disneyworld. However, you may have to be uncomfortable and squeeze in with your knees to your chest for the duration of the rides. So maybe it’s a good time to take up yoga a month or two before your Disney trip.

Have you had any issues or experiences being too tall at Disneyland? Let me know in the comments.

For reference, I have included several of the responses I received from my Instagram audience below:

As long as the restraint clicks once you’re good. I worked at Screamin(Now the Incredicoaster) and never saw it happen.

I’m 6′ 6″ and 300lbs. There are some that are a little tight but I always manage to squeeze in them. I do not fit in Goofy’s Sky School, I know that for a fact. All the rest my knees are jammed in but I still have fun. Soarin I fit really well into and I can ride Space Mountain too.

There are no official “restrictions” but coming from someone who is only 6’ space mountain isn’t bad for height since your legs wrap around the person in front of you, but he may feel like his head is close to beams above 🤷🏼‍♀️ I’m not sure how high they actually are above the carts. But thunder mountain was one that really hurt my knees. When we hit a drop or come to a stop, my knees would slam into the cart, there is really no leg room, unfortunately. For the most part, the rest of the rides compensate for additional legroom. The only ride I can remember that goes over the shoulders is rockin roller coaster, so there may be an issue if you have a long torso, for me, the pull restraints sit rather snug against the top of my shoulders.

My husband is 6’9″ and has ridden all of the rides. He says Space(Mountain) is a tad uncomfortable but he’ll ride it again.

My friend is 6′ 6″ and space mountain is the worst. He has to sit in the front of the car & crunch his legs up into a pretzel to fit. Matterhorn also wasn’t great. But overall he makes it work.

My boyfriend is 6′ 8″ and can ride all the rides

My brother, dad, and husband are all over 6’8″. The shoulder restraints only come down one click on them because they are taller and then the restraint sits up pretty far off their chest. (Probably a good foot or so off their chest. It looks super crazy.) However, they have ridden all the rides at DCA and Disneyworld without a problem. 🤷🏻‍♀️🤷🏻‍♀️

My husband is 6’7, he can ride everything but it’s not always comfortable. Soaring has never been an issue, more so fantasy land rides and Matterhorn are the tightest fit for him. We have never been asked or height checked at Disney. There’s one ride at knott’s he is too tall for and he’s been height checked at universal Orlando for one of the roller coasters and was literally the limit

I know you can be too tall for Universal Florida’s rides. Someone in my party was too tall for Hagrids moterbike adventure. He didn’t have any issues at WDW though

Nope I used to work at rnr(Rockin Rollercoaster). Taller ppl sit on odd number rows since they have more room and as long as the harness clicks down once, they’re good to go!

My husband is 6′ 6″ and he has never had any issues being too tall. We have been to Disney probably a dozen times.

My husband is 6′ 6″. While he has to definitely had to “fold himself up” on a few rides… he’s been able to go on everything.

NBA players go to the park all the time. My brother even has a picture of Kobe on the Matterhorn which had to have been really uncomfortable for him but he fit somehow

A lot of basketball players go and get in rides so I’m assuming he will be fine to get on rides.

My husband and father in law at both 6’6” and 6’8”. You still can ride the rides, it is just a little bit of a tight squeeze especially in space mountain.

I’ve heard incredicoater due to the harness. My son is 6’5” and barely fit on space mtn. He was nervous and didn’t feel very secure.

My uncle is 6’9” and space is his favorite ride although he does admit to slouching because he gets nervous 😂😂😂😂 But there is nothing he hasn’t been able to ride and we have been going as a family for many many many years!

I’m 6’5 and the only problem I had was FoP, my legs were an awkward angle on it but the braces clicked on eventually. Soarin’ was fine, Space Mountain was a squash (partner had the backpack so I had clear legroom). But overall think he’ll be fine! 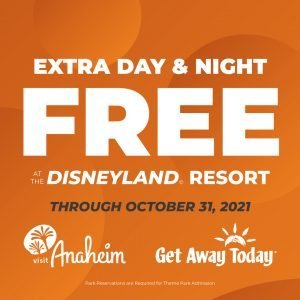