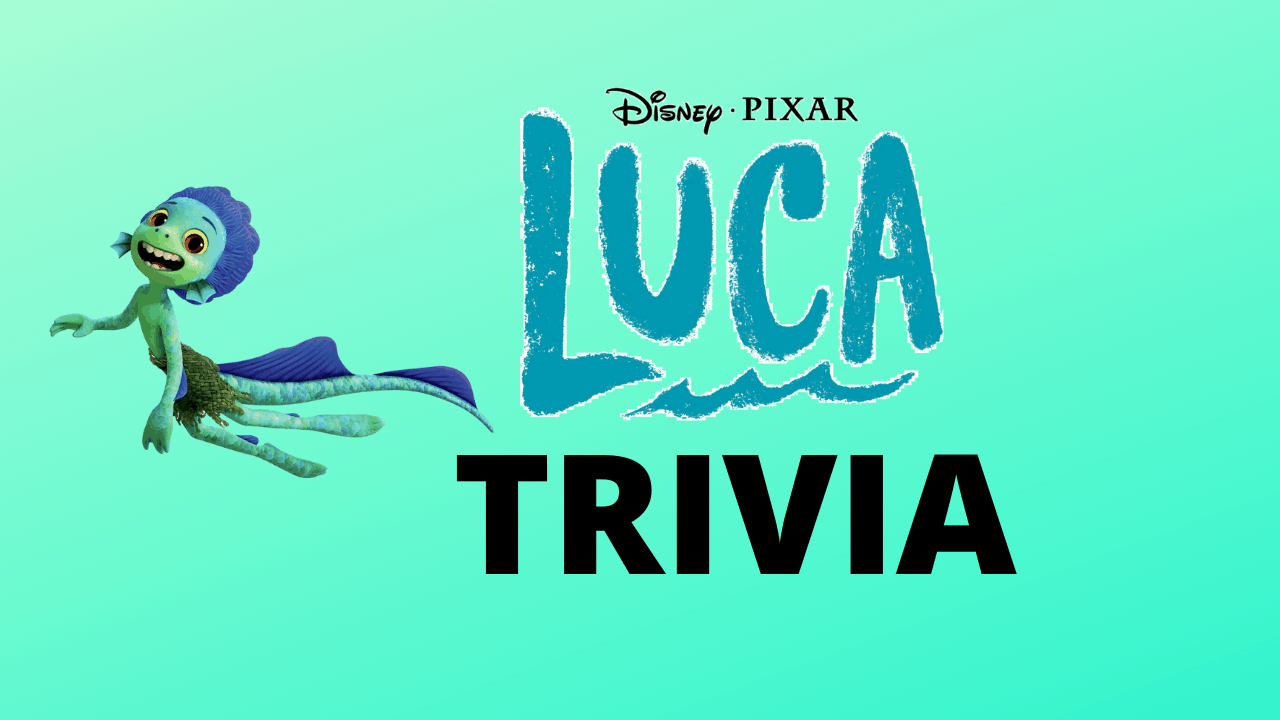 Disney and Pixar Released Luca directly to Disney+ on June 18, 2021, and it will be available on Digital and Blu-Ray on August 3rd. How well do you know Luca? Find out by trying to guess the right answers to all of the Luca trivia questions below. If you want even more Disney trivia make sure you check out my Disney trivia page that contains tons of trivia from all of your favorite Disney movies.

Luca opens with a song sung in what language?

Italian. The opening song in Luca is Un Baccio a Mezzanotte, which is an old Italian pop song which translates to english as “A Kiss at Midnight”

What is the fish’s name that Luca always has to get after when watching all of the fish?

Who says, “Monalisa, why are you smiling?”

What do Luca’s people call the humans at the beginning of the movie?

Why does everyone think Bianca Branzino is so great?

Because of her prize-winning crabs and amazing dolphin impression.

Jim Gaffigan, who is well known for his stand up comedy. It is also interesting that Luca’s mother, Daniela Paguro is also voiced by the comedic actress Maya Rudolph. I don’t think I could take either of them seriously as my parents let alone both of them.

What did Luca name the rock statue he left in charge of the fish?

According to Alberto what is the greatest thing humans ever made?

The Vespa . Because you just sit on it and it takes you anywhere you want to go in the whole stinkin’ world”

What does the Vespa poster say in Alberto’s Tower?

“Vespa e liberta” or in English “Vespa is freedom”

Luca and Alberto’s inner voice that can be full of doubts and insecurities. Alberto teaches Luca to say “Silenzio Bruno!” This ends up being a huge part of the movie as Alberto helps Luca find himself.

What 3 colors are Luca’s eyes?

What is the first thing Alberto says to the humans they encounter in “Vespa” town?

“What’s wrong with you stupido?” This is a phrase he heard a fisherman yell at a speed boat that scared away the fish. Luca then says it to a couple of ladies and they are not happy.

Who is the reigning champion of the Portorosso Cup?

The Portorosso Cup is a triathlon consisting of what three activities?

Swimming, cycling and eating pasta. I think eating pasta is the only part I could handle.

What is the nickname Ercole gives Giulia?

Spewlia, because in previous Portorosso Cup races she ended up getting sick and throwing up.

What does Alberto call the stars?

Fish. Giulia later teaches Luca that they are stars

Giulia has a plush next to her bed that looks just like what classic Disney Character? Why do Alberto and Luca start fighting?

Luca starts getting more interested in learning more about the human world with Giulia and visiting her school but Alberto just wants to win the Vespa and get away to see the world.

What job are Luca’s parents given during the race?

They are supposed to hand out water cups, one for each kid. They are also given a mop to clean up after Giulia if she barfs.

Who brings Luca an umbrella when it starts raining during the bike portion of the Portorosso cup?

Who else ended up being sea monsters in the human world?

What color is Giulia’s Beanie hat?

What is the number on Luca’s train ticket to go to Genova?

A113, of course. The classic Pixar number.

Why does Alberto sell his Vespa?

To pay for Luca’s train ticket so he can go to school with Giulia.

What is the name of the cat in Luca?

Machiavelli, the cat is actually the first character in the human world to see that Alberto and Luca are sea monsters.

but without fins or a tail. This is a quote from Alberto when he is trying to teach Luca how to swim.

Where can you spot the Pizza Planet truck in Luca? 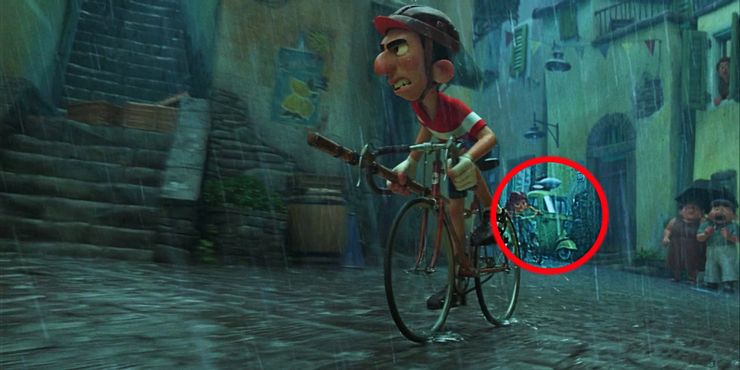 Who said, “I don’t even know why dolphins sound like that? Why don’t they just talk?”

What does Luca’s mom always say to him?

How did you do? Hopefully, you were able to learn something new about Pixar’s Luca! If you enjoyed these trivia questions and are looking for more fun Disney Trivia, check out all of our Disney Trivia here.