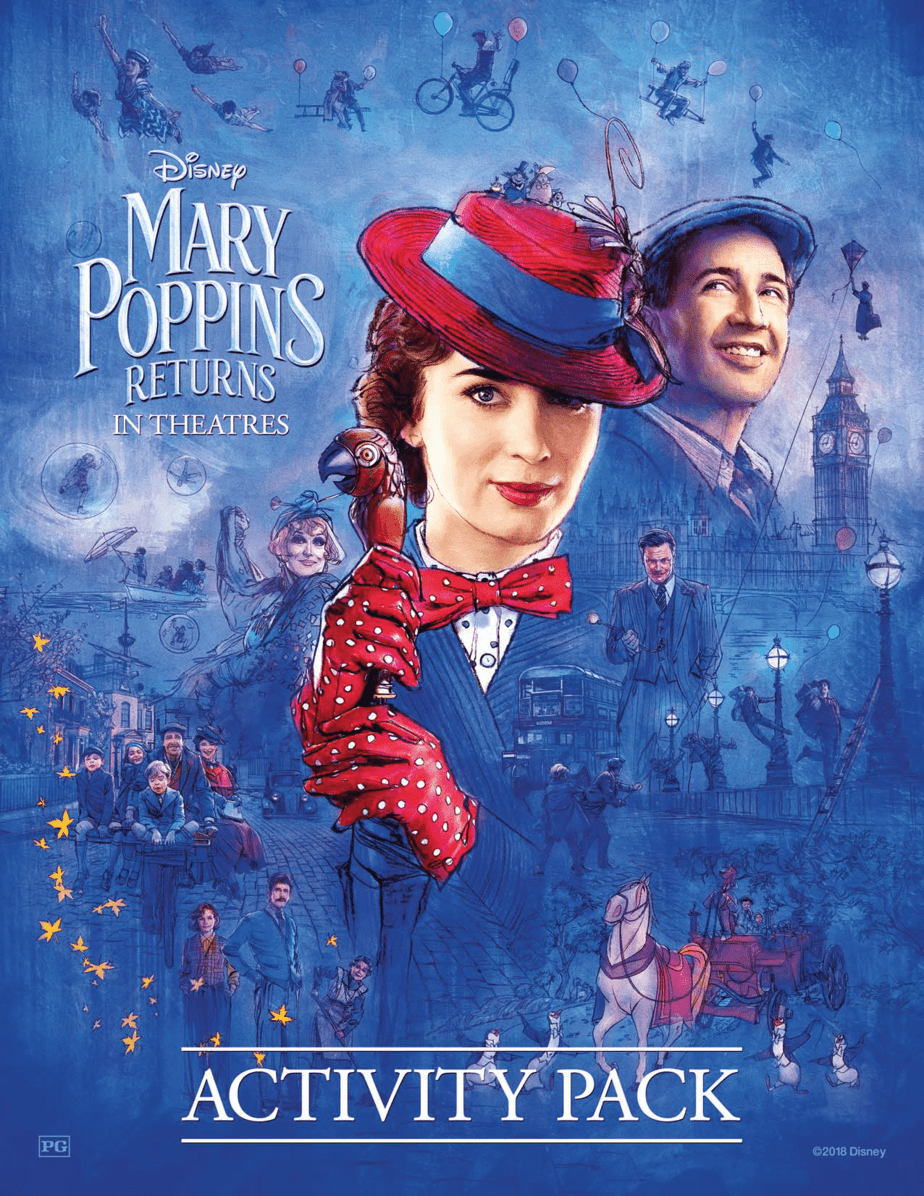 The wait is over, Mary Poppins Returns is now playing in theaters everywhere. Do you plan on seeing the movie soon? I am hoping to see it over the holiday break. Until then, Disney Studios has released these activity sheets with fun for the whole family. This activity pack is full of coloring sheets, bookmarks, and even instructions to make your own kite. Simply click on the image below to download the pack.

Below are a couple sneak peek clips from the movie that I think you will enjoy.