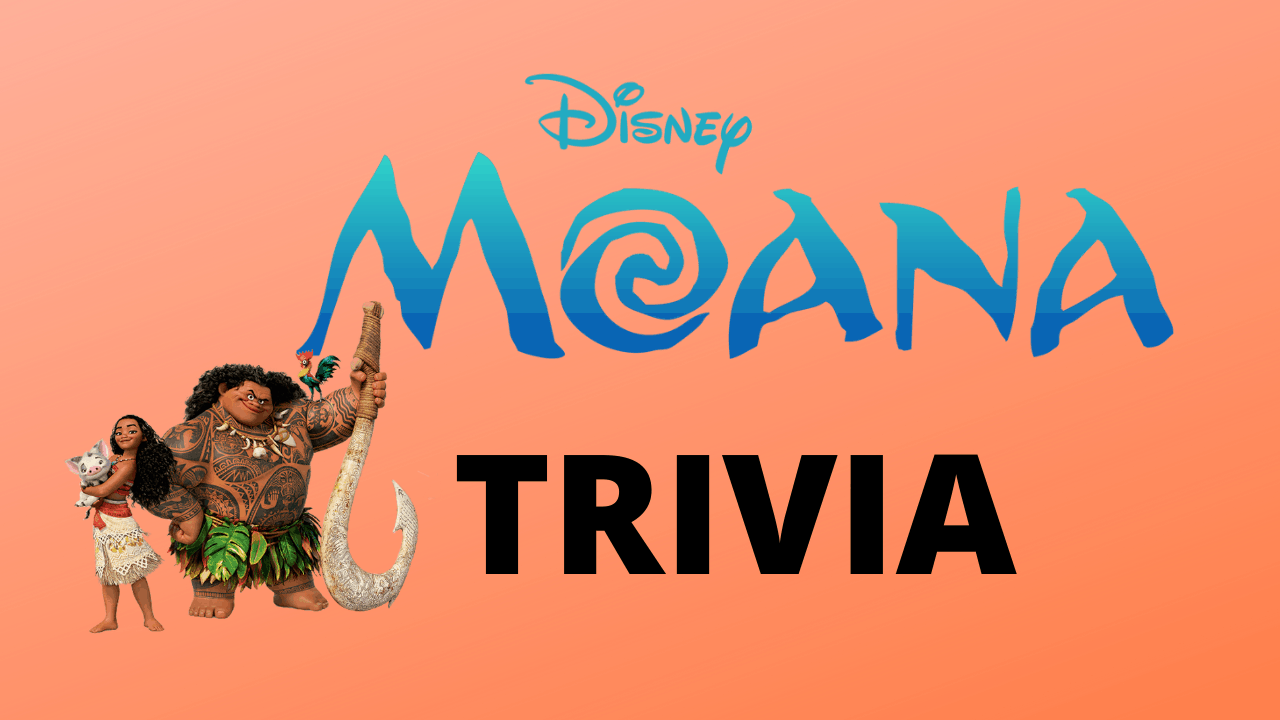 What baby animal does Moana rescue as a child?

What is the name of the village where Moana lives?

Who shows Moana a secret cave?

What do the Kakamora wear as armor?

Why did Maui receive his first tattoo?

When his mortal parents rejected him?

What is the name of Moana’s pet pig?

What does Grandma Tala have a tattoo of?

Which character from Frozen does Maui shape-shift into?

Which little mermaid character makes an appearance in Moana?

What does Maui shout as he jumps into the Realm of Monsters?

Cheehoo, It’s the “Samoan Holler”, an expression of excitement rooted in Samoa, and often heard in Hawaii. It’s the first Disney animated film to use a Samoan Holler

What year was Moana released?

What other Disney animated film was released in 2016?

Why is Moana’s dad afraid for her to go beyond the reef?

Where does Grandma Tala tell Moana that Maui can be found?

At the bottom of Maui’s fish hook constellation.

The Realm of Monsters

One of the kakamora has their face painted like which Disney character?

Who said “Whatever just happened … Blame it on the pig.”

What Disney Easter egg can be seen on Tamatoa’s back?

The magic lamp from Aladdin

Although it’s a computer-animated film, which part of the movie is hand-drawn?

Maui ripped off his leg.

How many different animals do we see Maui transform into throughout the movie?

10 (He has been shown to transform into a hawk, an iguana, a beetle, a fish, a shark, a reindeer (resembling Sven from Frozen), a pig, a starfish, a rooster (resembling a larger version of Heihei), and a whale.) not including the half-shark half-man creature

What colors are on the shell Moana placed on the rock stack?