One of my favorite things about Disney movies is that they always have a great message and some lessons we can take away and apply to our own lives. Even though Disney’s Cruella is a movie about one of the greatest and some might say […]

Disney released Cruella to Premiere access on Disney+ and theaters on May 28, 2021, and it will be available on Digital and Blu-Ray on September 21, 2021. Disney’s Cruella is a live-action film that shares the back story of the famous villain Cruella de Vil […] Disney released Cruella to Premiere access on Disney+ and theaters on May 28, 2021, and it will be available on Digital and Blu-Ray on September 21, 2021. Disney’s Cruella is a live-action film that shares the back story of the famous villain Cruella de Vil from Disney’s 101 Dalmatians. It is such an amazing movie and one of our family favorites. If you love it as much as we do, see how many of the Cruella trivia questions you can answer. If you want even more Disney trivia make sure you check out my Disney trivia page that contains tons of trivia from all of your favorite Disney movies.

What is unique about the opening castle scene?

Who is Estella’s friend in school?

What does Estella name her puppy?

Where does Estella find her puppy Buddy?

In the dumpster at school after some bullies throw her in.

What is the name of Horace and Jasper’s Dog?

How does Estella first get her designing experience?

Designing and sewing disguises for their thieving operations. She originally learned from her mother.

What is Estella supposed to say when they ask “How do you know Prince Charles”?

What is the most fashionable department store in London?

Liberty, this is where Estella gets her first real job. Although, it’s just a janitor position scrubbing floors and toilets.

What color does Estella dye her hair to get rid of the black and white Cruella look?

What makes the Baroness want to hire Estella?

The window display she rearranges at the Liberty store

What is the name of the store where Arty works?

What is the name of the Baroness’s lawyer?

How long is the Baroness’s power nap?

In what city does most of Disney’s Cruella take place?

Where is the fountain Estella goes throughout the movie to talk to her deceased mother?

Estes Park, they were originally supposed to drive there and have tea before her mother died.

What event do Horace, Jasper, and Estella try and steal back her mom’s necklace?

The Black and White Ball, the biggest party of the season.

What disguise do Horace and Jasper use at the black and white ball?

How many dalmatians does the Baroness have?

What is the stage of grief Cruella adds?

Where does Anita Darling work?

Fashion Fact: The pinnacle of every fashion year is….

What are the three things the baroness loves most?

Her Business, Her Status, Her Confidence

Where do Horace and Jasper steal the dalmatians?

What does Cruella often call Horace and Jasper?

Who saves Cruella from the fire?

John, the Baroness’s loyal valet. He even finds her mother’s necklace in the fire and gives it to her.

What is so special about the necklace Cruella wants to steal back from the Baroness?

It has a key that unlocked a Jewerly box containing the evidence(birth certificate that Estella is the daughter of the baroness and is the rightful heir of the Barron’s fortune.

Where does Cruella’s last name, De Vil, come from?

It comes from the type of car she drives, the Panther De Ville. 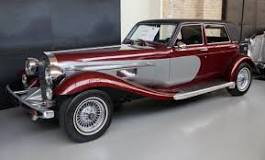 What happens in the after-credit scene?

Roger and Anita each get a Dalmatian puppy.

How did you do? Hopefully, you were able to learn something new about Disney’s Cruella! If you enjoyed these trivia questions and are looking for more fun Disney Trivia, check out all of our Disney Trivia here.