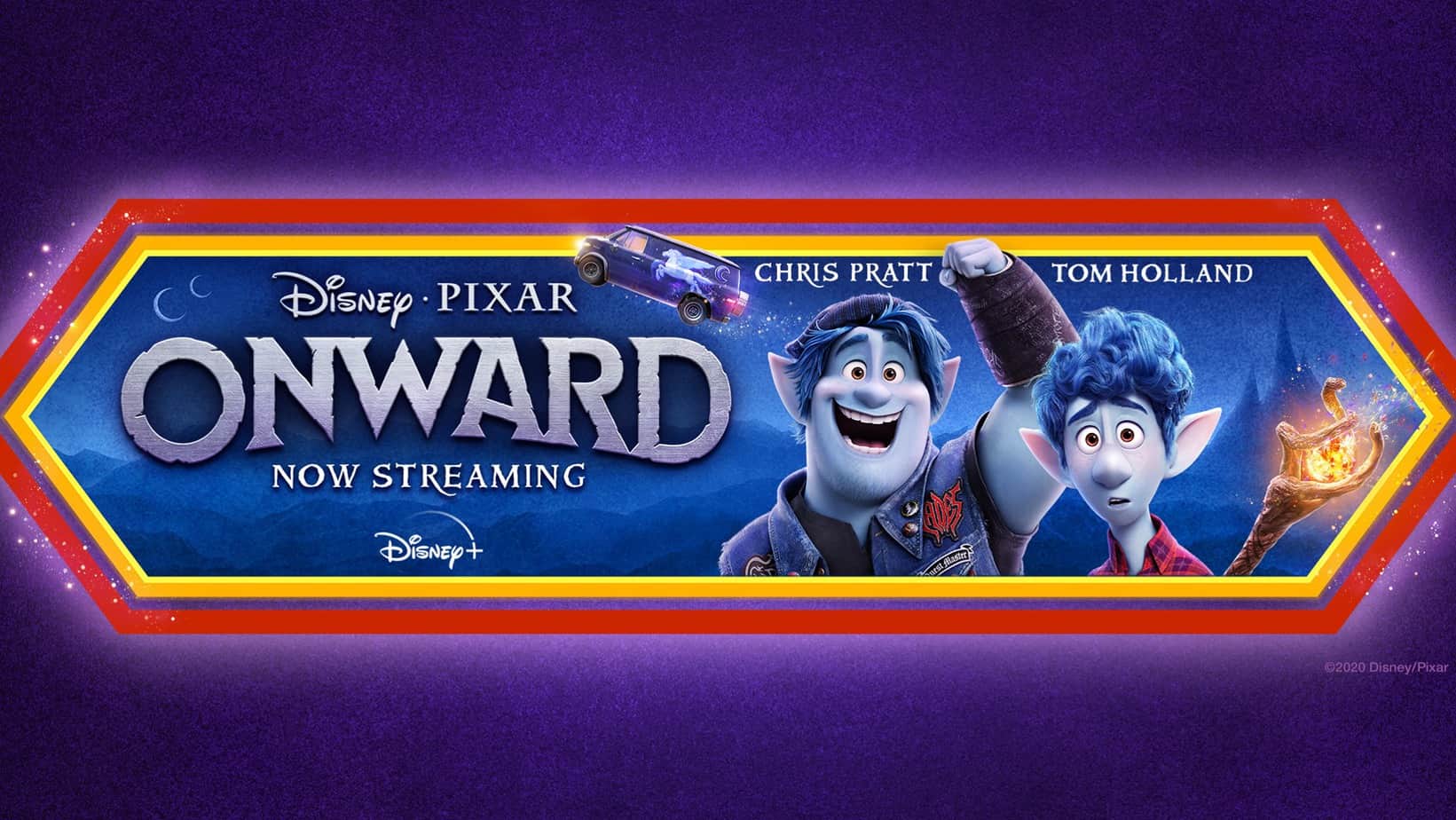 Disney and Pixar invited us to an early media screening of their new movie Onward. Onward tells the story of two teenage elf brothers who set out on a quest to discover if there is still magic left in the world. The movie will be released in theaters on March 6, but I wanted to give my spoiler-free review now of Pixar’s Onward to answer a few questions I have received about the film. I have also included a downloadable activity packet here.

Does Onward deserve to be called a Pixar movie?

I think we can all agree that Pixar has an amazing reputation of consistently putting out amazing content. Onward may not top Toy Story in my book, but it definitely still deserves to be a Pixar movie. It is really such an amazing and entertaining story. The new characters and this magical urban world they created are so much fun. I don’t think you will be disappointed in this new addition to Pixar’s collection of great films.

Will Onward make me cry?

Let’s be honest if you went to a Pixar movie and didn’t cry did you really watch a Pixar movie? I think it’s pretty well known by now that Pixar is very talented at pulling at our heartstrings in the best way possible. Pixar‘s Onward was no different than any Pixar movie in the past and I found myself tearing up on multiple occasions throughout the film especially at the end. I definitely recommend you pack a few tissues and be prepared to shed a few tears of sadness but don’t worry most of your tears will be tears of joy.

Will I laugh during Pixar’s Onward?

I think knowing that Chris Pratt is in this movie is good enough to guarantee that you’re going to have some laughs. I will say that I didn’t think that Onward was as funny as Pixar’s last movie Toy Story 4. However, I did find myself laughing out loud several times throughout the movie. Just the way they animated the characters alone is enough to laugh sometimes. You will know what I am talking about when you see the movie. Tom Holland and Chris Pratt both did an amazing job in their roles as brothers!

Is Onward a movie for all ages?

I really found Pixar‘s Onward to be a very compelling and fast-paced adventure film. I don’t think there was a single moment during the film where I thought to myself OK let’s get on with this but instead the movie kept my attention and that of my kids(ages 2 years and 5 months) for the entire 103-minute duration. Pixar’s Onward like all Pixar movies is very family-friendly. There is something for everyone to enjoy in Onward.

Is Onward too scary for younger children?

There definitely is a lot of action, including several scenes of different characters fighting in this movie. I don’t think there is anything too violent or inappropriate for children. However, I will say that there are several scenes that could be frightening to younger children including different types of various creatures such as scorpions, dragons and other mythical beasts. I do think that Pixar did a good job of animating them to not be too scary but still express the fierceness of the characters.

Is there an additional scene during or after the credits of Onward?

Unfortunately, there is not any additional content during or after the credits.

How was the music in Onward?

I will say that there was honestly nothing particular about the music that stood out in Onward while watching it the first time. I did enjoy two particular song choices: The first being a song that just makes a scene quite humorous. I won’t say anything else as to not spoil the movie. The second choice was during the closing credits and the lyrics made me tear up even more. That song is “Carried Me With You” performed by Brandi Carlile.

Huge shout out to the entire team at Pixar for once again creating an original compelling story that made us feel all of the best emotions. I think recently a lot of people have been complaining about the lack of original stories from Disney with all of the live-action remakes and sequels of previous movies. I truly think everyone will fall in love with the new characters and story shared in Pixar’s Onward.